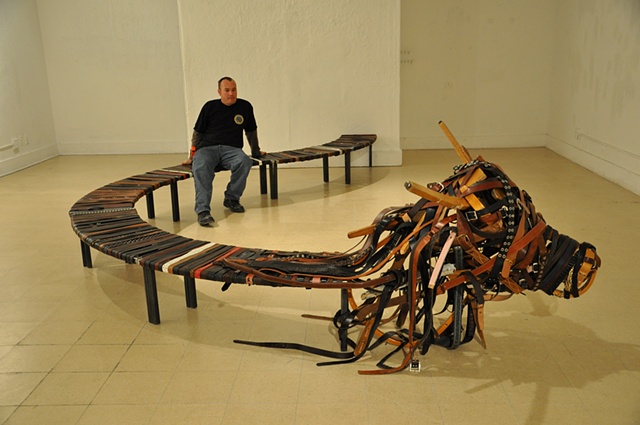 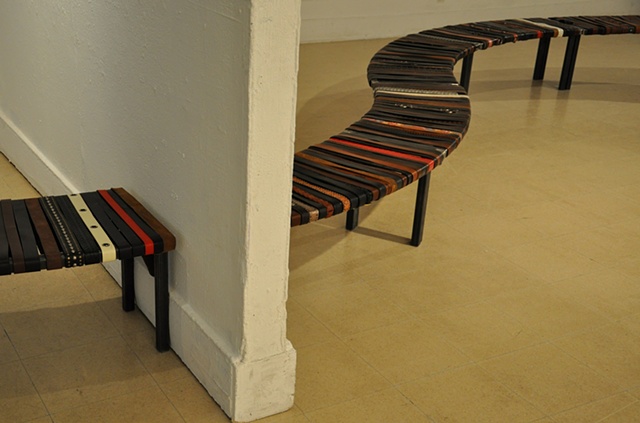 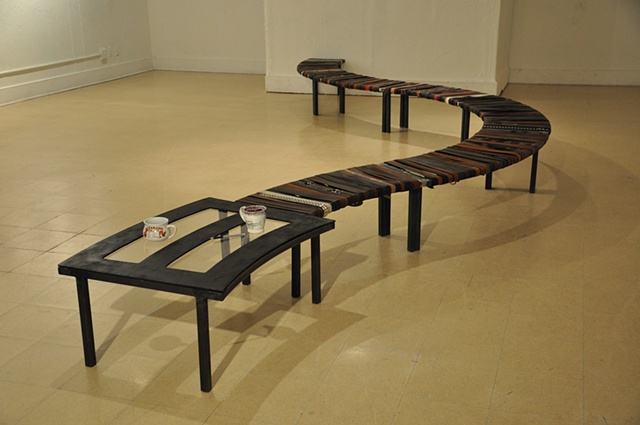 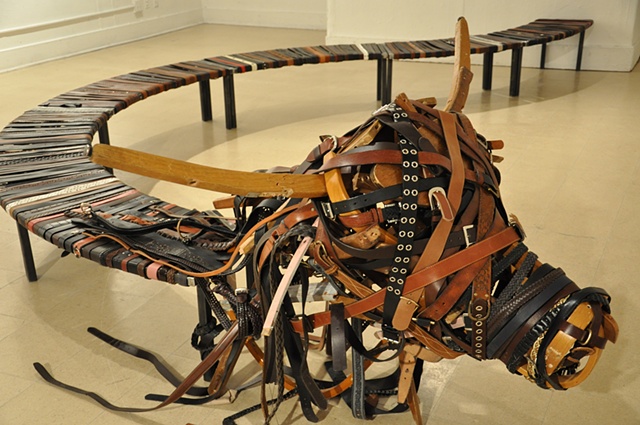 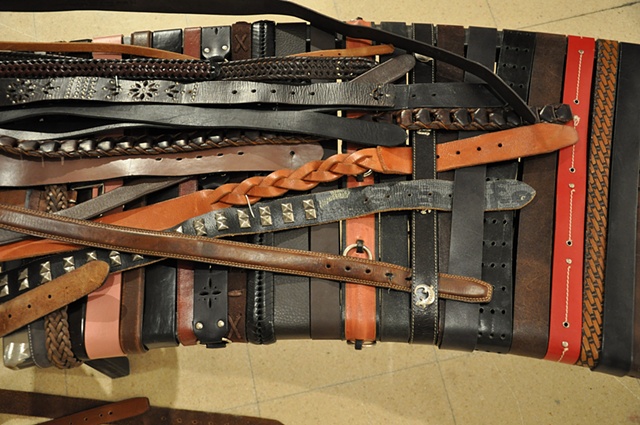 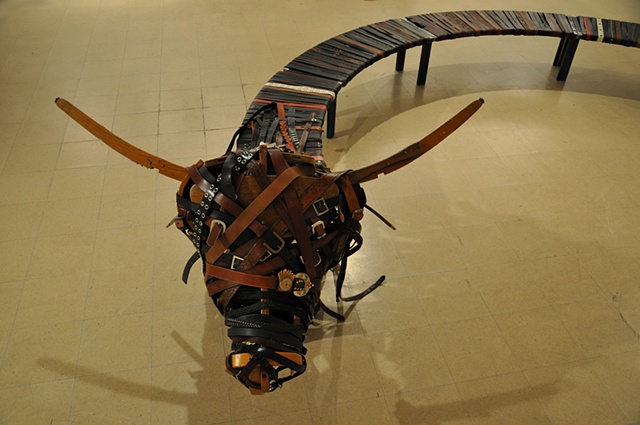 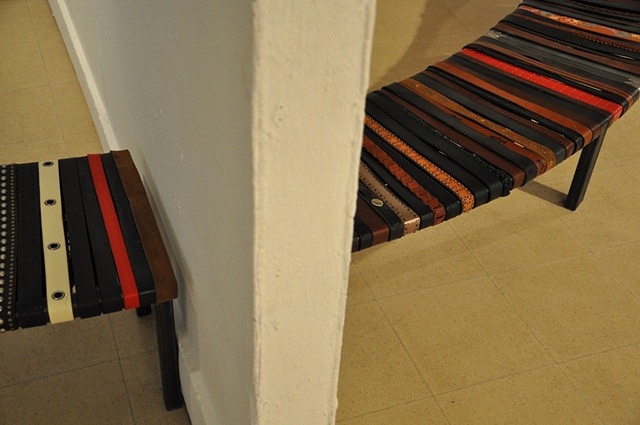 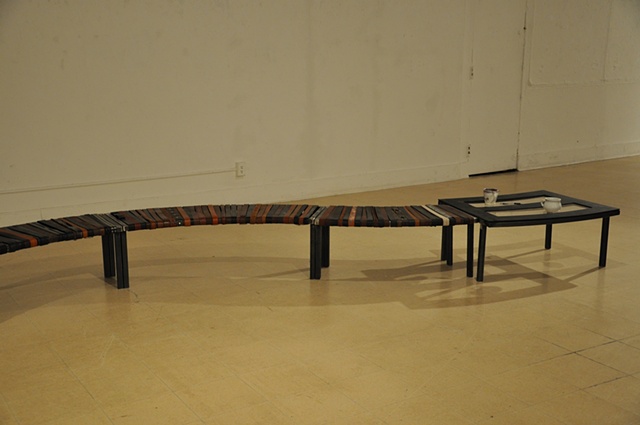 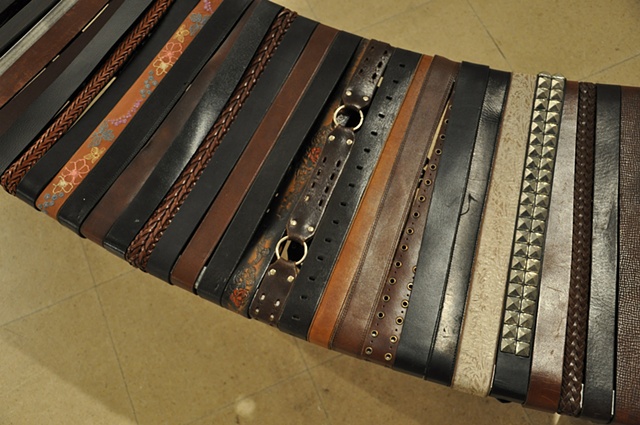 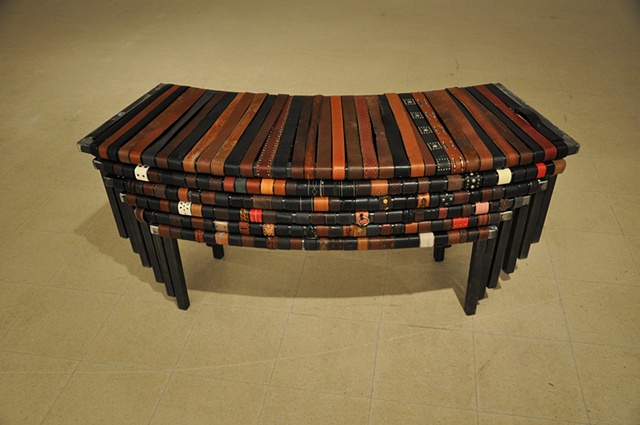 In many cultures the cow is symbolic of Mother Earth, and has been a symbol of fertility, nurturing, and power. We drink their milk, use their strength, eat their meat and wear their skin. Where will our belts go when they reach the end of life? Most of them are made of multiple types of materials and not easy for recycling. A large portion of old or old fashioned belts are dumped as trash. This bench frame system is designed to collect, reuse and exchange old belts in public space for local communities.

This on going project is installed as a two-ended bench: one end is a "belt buckle" functions as an end table. Cross the wall, the other end is a bull's head made of chair parts and belts. All belts are collected/donated in Madison in Wisconsin. They have ties with local people, each one holding a personal story. Do not throw your old belts away; you can still come to buckle your old belt on the bench.